Subsonic Disco was originally founded back in the late 90s, when our DJ’s were pretty young themselves, serving the Young Farmer community in East Devon. Since then we have grown and expanded and offer a range of disco services, including Subsonic DJs, our Children, Teens and Young Adults DJ service!

This DJ and Disco service has been created to give younger people what they really want! That is music they like and a great party atmosphere.

We do not do things by halves, unlike so many DJ’s who think a childrens/teen party doesn’t need much ‘gear’, indeed nobody loves lights and effects more! So we bring a full show. 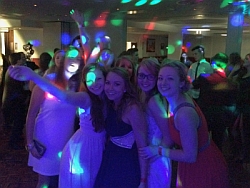 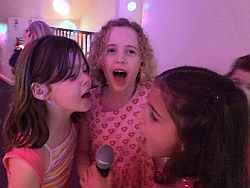 We can offer from a 6 year olds ‘Frozen or Greatest Showman’ Party, to a Teen UV Club Experience, to a Full Nightclub Style for Proms and University events.

We cater from 6 years upwards (under 6 they don’t really ‘get’ a disco, a childs entertainer is better) to well over 30’s!
The older the age group the more mature the disco.

We can play games with the younger ones, and have a full nightclub experience for older ones.

We also specialise in School Discos, Proms, and University Events, and work with several Young Farmers Groups too.

For Prices see our Pricing Page and to drop us a line see the Contact Page.